Teenagers with tinnitus. A growing concern 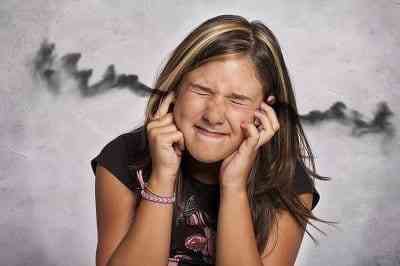 According to a recent study by Canadian researcher Larry Roberts. Teenagers with tinnitus is a growing concern. He says, “there is a frightening increase in the number of young people with tinnitus.” This is a condition that causes ringing or buzzing in the ears.

According to Roberts of McMaster’s Department of Psychology, Neuroscience and Behaviour. “It’s a growing problem and I think it’s going to get worse. My personal view is that there is a major public health challenge coming down the road in terms of difficulties with hearing.”

The researchers interviewed and performed hearing tests on a group of 170 students aged between 11 and 17.

They found that virtually 100% of the group participated in what was termed “risky listening habits” with their personal listening devices or during their social activities. Almost 25% of them already had persistent tinnitus.

The reason this is so alarming is that up until very recently, tinnitus almost exclusively affected people over the age of 50. So the rise of teenagers with tinnitus is alarming authorities.

The researchers found that the students with early tinnitus could hear as well as the students who didn’t have tinnitus, but were much more intolerant of loud noises.

That intolerance to loud noises is a sign of damage to the nerves that process sounds and is a warning sign of significant hearing loss in the future.

When the auditory nerves are damaged the sound processing parts of your brain overcompensate. They increase sensitivity to the inputs that remain. As a result, every sound can seem louder than it once did. This leads to an intolerance to loud noises, as found with the test subjects.

But, despite the dire nature of this problem, there is good news; it’s never too early, or too late, to take care of your hearing.

Teenagers with tinnitus is a totally preventable. It’s simply a matter of education and lifestyle changes and the earlier someone starts the better their outcome will be.

For more information simply call Harmony Hearing & Audiology on 1800 020 406 or via our online form: https://harmonyhearing.com.au/book-an-appointment/